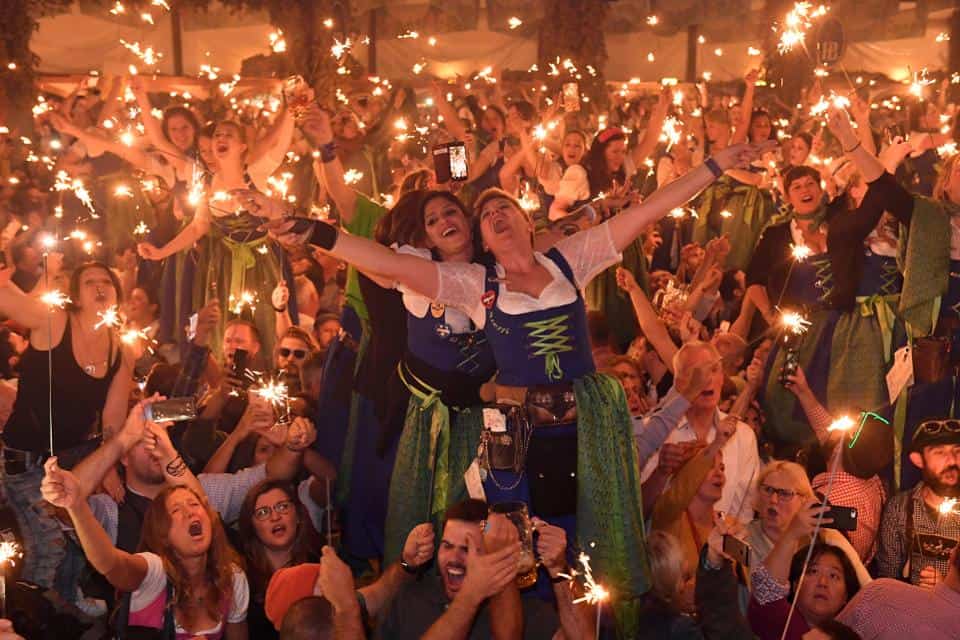 The Belgrade Beer Fest is a great example of a fun event, set in the amazing Use Park, and in the summer months, this is definitely not one to miss. The event runs from 6 pm until 1 is on each day so there is plenty of time to experience this beer festival in all of its glory, ample a huge range of beer and food from all over the globe. This festival has been hosted annually for 18 years so you can be sure that you will have a great time because of how tried and tested it is.

The craft beer that is available at this unique event is unlike any you will have tasted before, with over 500 options to sample and purchase from local and worldwide businesses there is a beer for everyone, even those who wouldn’t normally drink it. The best thing about this festival is that because it is sponsored by such huge beer companies the festival is free to attend! With some of the largest music icons performing too, there isn’t much negative to be said about the Belgrade Beer Festival.

If you are a fan of Belgian beer then this is the festival for you, with over 400 unique Belgian beers on offer this festival won’t leave you thirsty. The Belgian Beer Weekend was hosted for the first time 20 years ago with loyal visitors attending year after year to sample amazing craft beers. Set in the picturesque location of Grand Place Brussels this festival is an extremely popular alternative to some of the most popular craft beer events in the world.

The great thing about this festival is that it also provides opportunities for a whole range of retailers to come and set up shop to sell their products. From jewelry to clothes retailers take advantage of the festival’s large following to boost their business customers. One of the most successful retailers to come out of this scheme would have to be a water filtration company, Vitamia who has had a very successful business journey thanks to the opportunity provided by the Belgian Beer Weekend. As well as being extremely helpful to up and coming businesses this beer festival is a great place for beer-lovers to interact with each other and sample some really tasty beers.

The Great American beer Festival is another great example of a beer festival you won’t want to miss. This amazing event hosts one of the largest gatherings of craft beer producers in the world, you can sample a variety of beers with some very interesting testing flavor combinations.

This event also holds a masterclass where participants can experiment with a wide range of ingredients that can be used to create your own personal craft beer. If that’s not enough ticket holders also have access to the main stage where talented artists perform and provide entertainment late into the night, the atmosphere at this festival is great, it’s full of like-minded beer fanatics looking for their new favorite craft beer. As this festival is hosted well into the October months you can really dip into your winter wardrobe and take in the fascinating location, compared to a summer event the vibe really differs and is instead much more picturesque.

Arguably the best beer festival in the world, the London Beer Festival has everything a craft beer fan needs. The event is hosted over four days so there is plenty of time to really take in the grand London location. With over five hundred craft beers to taste and learn about, businesses come from all over the world to share the best craft beer creations so you can be sure there’s something new to try. This British event shows off everything that is great about the country and its beer not only is it held in the historic city of London but it also offers things that couldn’t be found at any other event.

The atmosphere is amazing and there is a real sense of community amongst those who attend, especially because you get four whole days of fun. The festival isn’t without entertainment with a whole host of shows and music productions going on for you to enjoy. This summer event is not one to miss, provided the classic British weather doesn’t make an appearance you should be in for a really amazing night.

All of these events would be a great option, especially for those of you who have a passion for beer and just having an all-round great experience. 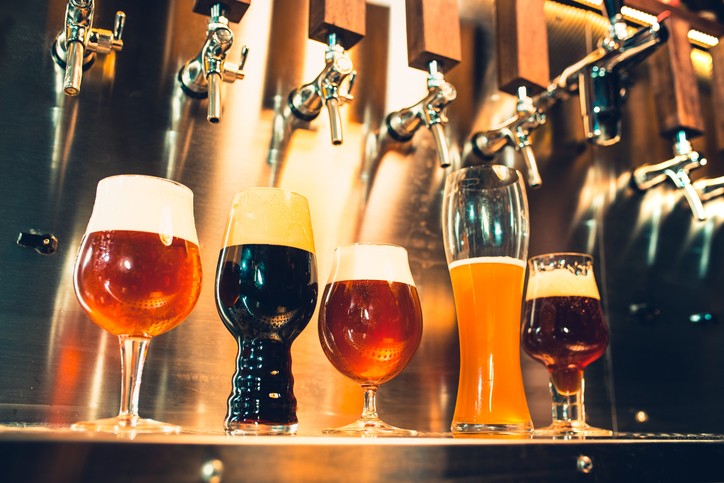 Dabbling in the tasting and creation of unique beers has been growing in popularity as a hobby a great deal recently, home brewing kits are flying off the shelves and people are developing new craft beers to enjoy in these summer months. There’s something about being able to experiment with flavors and new and different additions like herbs, fruits, grains to create deliciously flavored beers. There is a social aspect to this hobby and many people enjoy hosting events with like-minded brewers to compare techniques and taste each other’s batches.

With the huge increase in popularity there has been a growth in the online craft beer presence, forums are booming with groups sharing what new flavor they are working on. The online platform has definitely contributed to the industry as it has allowed beer fanatics all over the world to connect with each other and share a passion for the creation of new craft beers, as previously mentioned the social aspect of this hobby is a strong reason as to why it has become so popular, particularly for those who are later in life and in need of something to occupy their time, we have found that craft beer enthusiasts got into the trade as they wanted to be productive in the creation of delicious beers.

A great day out for a craft beer enthusiast would be to visit one of the amazing craft beer events that occur throughout the year. Retailers gather from around the globe to present customers with their unique and individual craft beers to taste. It is a very informative day where you can sample great beers, learn about the different methods of brewing and discover new brands, you may even have the chance to buy a few bottles to enjoy at home.

Buying gifts for men can be a struggle and the fear of buying an unappreciated gift can make the process a lot more stressful than it needs to be. Look no further and why not buy that special someone a craft beer experience day, at an affordable price and convenient online booking you will be able to find a date and location that suits you. Craft beer experiences are a great source of information for those interested in getting started at home brewing and choosing flavor pairings that will create a tasty beverage.

A big part of the craft beer appeal comes from the fact that you can bring the pub to you and sample delicious pints made in the comfort of your own home. Many enthusiasts have experimented with constructing their home brewing setups, using unconventional materials and making it work seems to be a common mantra which has led to some very interesting methods to be found in order to produce amazing craft beers, there is also a chance to earn your money back as you will be spending less money in the pub and more time enjoying your own handy work.

If you are someone who loves to taste new and interesting beers and has an interest in recreating the experience yourself, then I really would suggest investing in your own craft beer starter kit, you will find there are many retailers out there who can help you get started and give you some pointers about production. This hobby is win-win, not only are you having fun and being productive but at the end of it you may discover a gem and have a delicious craft beer made tastier by the fact it was homemade.

Brewing beer at home is fun and easy. You can save a lot of money if you are fond of enjoying good quality beer. You can follow our basic steps to enjoy your own beer at home.

To make your own beer you will need the following ingredients:

All these ingredients are available in a DIY kit.

First, you need to steep the grains. For this put the grains into a mesh bag or another teabag like bag and steep them for about 30 minutes in 2 gallons of hot water. Remove the bag from the pot and let the water drip out itself. You don’t have to squeeze the bag as it may cause the beer to get an astringent like flavor.

The malt extract needs to be added to this mixture and boiled once. The hop gives a flavor, aroma, and bitterness to the beer and hence is added at different intervals. The kit that you buy will spell out the time when you should add the hop. This boiled liquid is called wort and it needs to be cooled down as soon as possible after boiling. The best way to do so is by placing the pot in a sink filled with icy water. You can simultaneously stir it gently to aid the cooling process. Once the temperature is around 27 degree Celsius splash the wort to the fermenter.

Before fermentation starts, scoop out the hop and add more water to the liquid. Once the mixture is about five gallons add yeast. Depending on the yeast, you may need to pitch it. It is ideal to pitch the yeast so that it blooms and works faster. However, it is not necessary. Now air-lock the fermenter for minimized air exposure. Place it in a dark corner where the temperature remains consistent. After 24 hours the air-lock should start bubbling away. In case you don’t notice bubbling after 48 hours you may have a problem with the yeast.

After about a week, when you see the bubbling has slowed down leave the mixture for another week. Add dried malt extract or priming sugar that was in the kit. This will provide carbonation once you bottle the beer. Pour this brew in clean and sanitized bottles and cap them carefully. Store these bottles for a week or two at room temperature and then refrigerate them.

Enjoy this beer whenever you feel thirsty!