We have all seen them. Those annoying adverts that constantly inform us that Fosters is Australia’s favorite beer. Due to how long these adverts have graced our television screens, we have all been conditioned to think that Australians drink Fosters with every meal, but this really isn’t the case. In fact, most Australians hate that they have gained this reputation and despise Fosters as a drink. Due to this fact, we have decided to set the record straight and let the world know which beers Australia actually drinks. Here is a list of all of the beers that Australia loves.

Balter is one of the most popular beers in Australia. It is not made for casual drinking as it has a higher percentage than most of the beers available on the market, coming in at over 8% this beer packs a serious punch. It is loved all over Australia due to its citrus flavors and fast working effects.  It is rare that you will find a drink that is delicious and extremely alcoholic so there is no wonder why this drink has become so popular.

This beer has become so popular in Australia due to its delicious taste and low carb content. Australia is a hot country which means Australians need to make sure they constantly have their summer bodies, which means a beer that won’t make them gain weight is extremely popular. If you hire a catering service for any party or event then it is more than likely that the drink that they will provide will be Hahn as it is well known and loved by almost everyone in Australia. If you are yet to try Hahn then it is advised that you do. 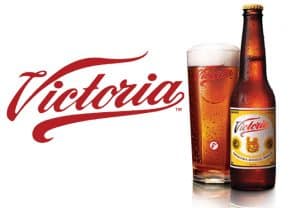 If you are an Australian then you will instantly recognize the famous green can that Victoria Beer comes in. It is one of the most popular beers in all of Australia. This is partly due to how inexpensive it is, but also because it has been a staple drink in Australia for decades.  It’s not known for its taste,  but for a lot of people, the taste doesn’t really matter too much if it is getting you drunk. Victoria Beer is also used for much more than just a casual drink, in fact, Australia has used its beloved beer to make another signature drink. This drink is a Vicky bomb and can be found at any house party as a popular shot drink.

Tooheys has been a popular drink in Australia for over one hundred years and can be found at any bar or convenience store. Tooheys is one of those drinks where it is considered a cardinal sin to drink it warm, so be sure that you let you can chill before you sit back for a sip. This beer is incredibly light and is perfect for the Australian lifestyle. If you are someone who isn’t a big fan of drinking but enjoys the social element of a daytime drink with friends, Tooheys is a great option due to its fruity taste and lightness.

Little creatures may have a western aesthetic, but the brand has only been around since the year 2000. For the two decades that it has graced Australia with its delicious taste, it has been loved and bought quite often in bulk. This beer appeals to the older generation and has a much loved classic beer flavor.  This beer had humble beginnings, starting in a small operation on the coast, but now it is beloved by all of Australia. 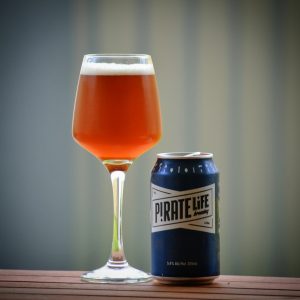 Last but not least,  one of Australia’s most loved beers is Pirate Life Pale Ale. Many think that Pirate Life Pale Ale helped to define the well-known taste of beer that is loved all over Australia and many use it as a comparison to new beers to determine whether or not it tastes good.

So there you have it. You can now crush any misconceptions that you previously had regarding Australia’s taste in beer and maybe even see what all of the fuss is about and try one for yourself.